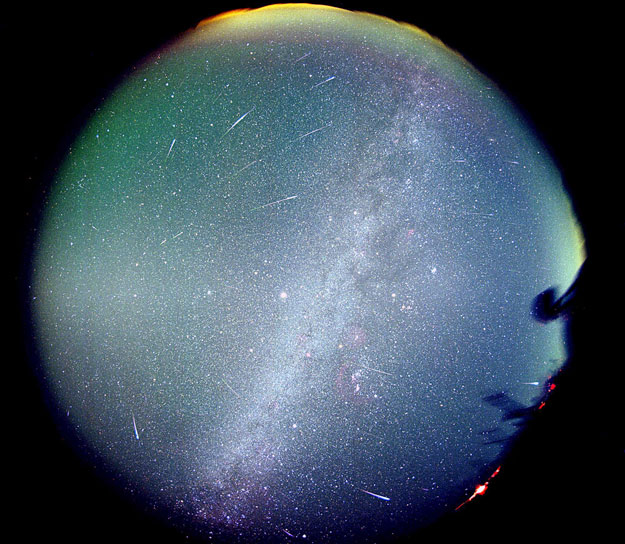 Explanation: Is Leo leaking? Leo, the famous sky constellation visible on the left of the above all-sky photograph, appears to be the source of all the meteors seen in last year's Leonids Meteor Shower. That Leonids point back to Leo is not a surprise - it is the reason that this November meteor shower is called the Leonids. Sand-sized debris expelled from Comet Tempel-Tuttle follows a well-defined orbit about our Sun, and the part of the orbit that approaches Earth is superposed in front of the constellation Leo. Therefore, when Earth crosses this orbit, the radiant point of falling debris appears in Leo. Over 100 bright meteors can be seen in the above half-hour exposure. The intensity of the Leonid Meteor Shower in 2002 is uncertain but may approach one per second for some locations on November 18 and 19.