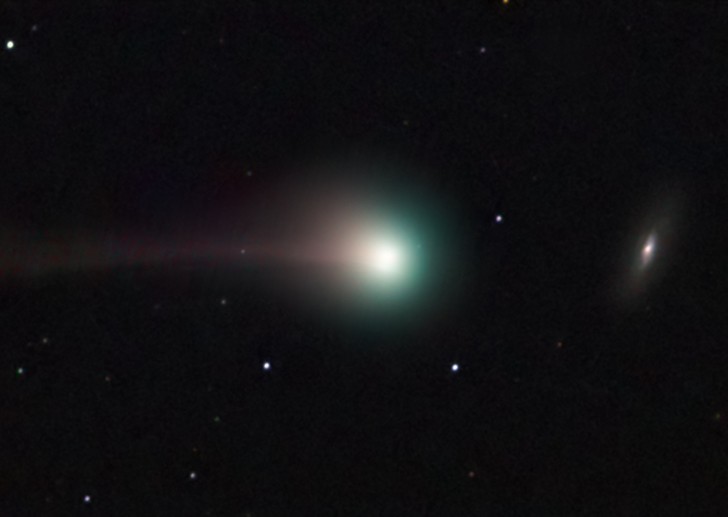 Explanation: This cosmic portrait recorded October 9th features the lovely blue-green coma of Comet SWAN posing with spiral galaxy NGC 5005 in the northern constellation Canes Venatici. At the time the comet (center) was in the close foreground, a mere 9 light-minutes from planet Earth, with the galaxy a more substantial 60 million light-years distant. Not actually related to a bird, Comet SWAN (C/2006 M4) was so named as it was first spotted in image data from the SWAN (Solar Wind ANisotropies) camera aboard the sun-staring SOHO spacecraft. Having rounded the Sun, this comet is headed for interstellar space, but first it will make its closest approach to Earth on October 24. With binoculars, northern hemisphere observers can now spot the comet above the northwestern horizon, near the handle of the Big Dipper in the early evening sky.