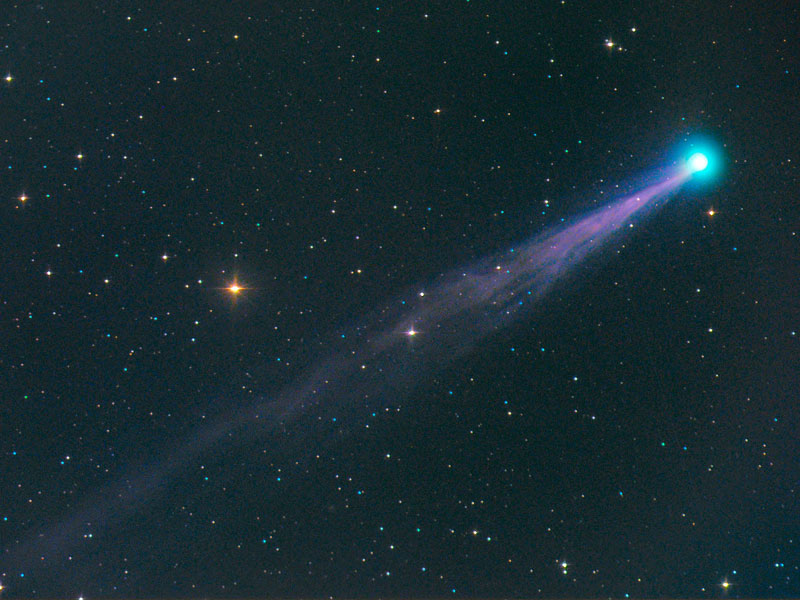 Explanation: A newly discovered comet has brightened enough to be visible this week with binoculars. The picturesque comet is already becoming a favored target for northern sky imagers. Pictured above just last week, Comet SWAN showed a bright blue-green coma and an impressive tail. Comet C/2006 M4 (SWAN) was discovered in June in public images from the Solar Wind Anisotropies (SWAN) instrument of NASA and ESA's Sun-orbiting SOHO spacecraft. Comet SWAN, near magnitude six, will be visible with binoculars in the northeastern sky not far from the Big Dipper over the next few days before dawn. The comet is expected to reach its peak brightness this week. Passing its closest to the Sun two days ago, Comet SWAN and will be at its closest to the Earth toward the end of this month. Comet SWAN's unusual orbit appears to be hyperbolic, meaning that it will likely go off into interstellar space, never to return.