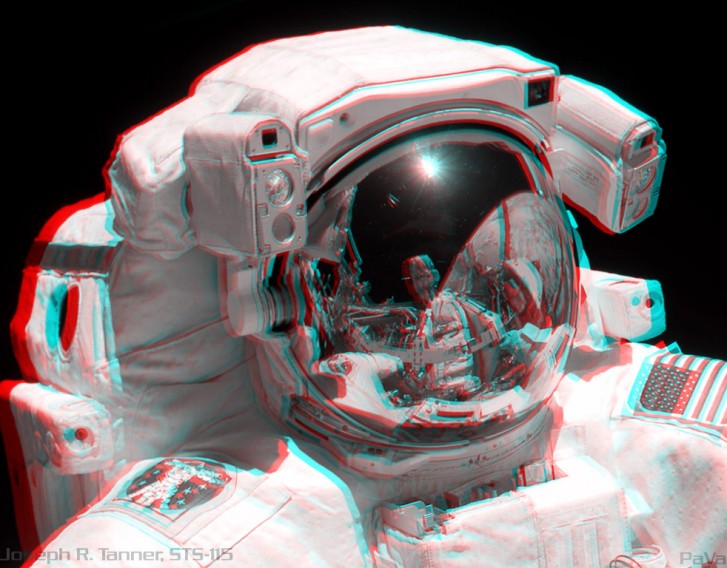 Explanation: On September 12, astronaut Heidemarie Stefanyshyn-Piper snapped photos of her colleague Joseph Tanner during the STS-115 mission. At the time, the spacesuited pair were working outside the shuttle orbiter Atlantis, some 300 kilometers above planet Earth. Portions of two of the pictures (S115-E-05750 and S115-E-05753) have been combined in this spectacular 3D image - a stereo anaglyph intended to be viewed with red/blue glasses. Included in the scene reflected in Tanner's visor is Stefanyshyn-Piper herself and the Sun shining above the Earth's distant horizon.