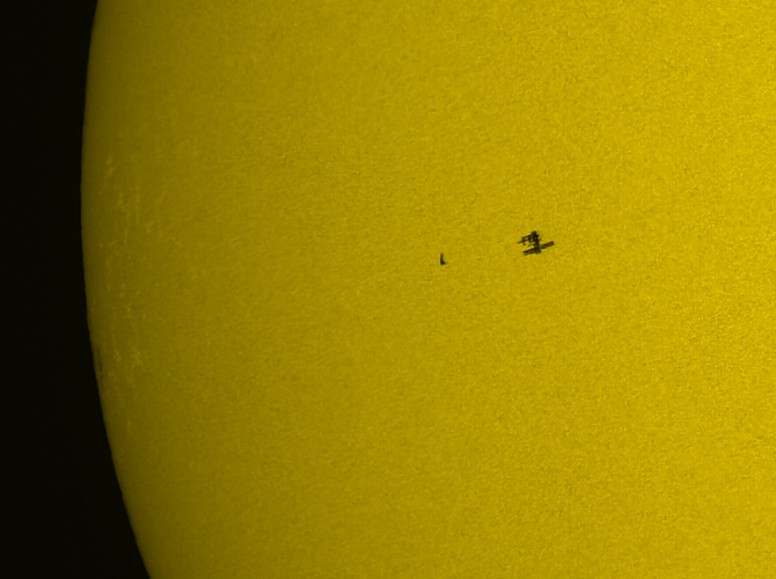 Explanation: Though it's 93 million miles away, the Sun still hurts your eyes when you look at it. But bright sunlight (along with accurate planning and proper equipment!) resulted in this sharp silhouette of spaceship and space station. The amazing telescopic view, recorded on September 17, captures shuttle orbiter Atlantis and the International Space Station in orbit over planet Earth. At a range of 550 kilometers from the observing site near Mamers, Normandy, France, Atlantis (left) has just undocked and moved about 200 meters away from the space station. Tomorrow, yet another satellite of planet Earth can be seen in silhouette - the Moon will eclipse the Sun. This last eclipse of 2006 will be seen as an annular solar eclipse along a track that crosses northern South America and the south Atlantic.