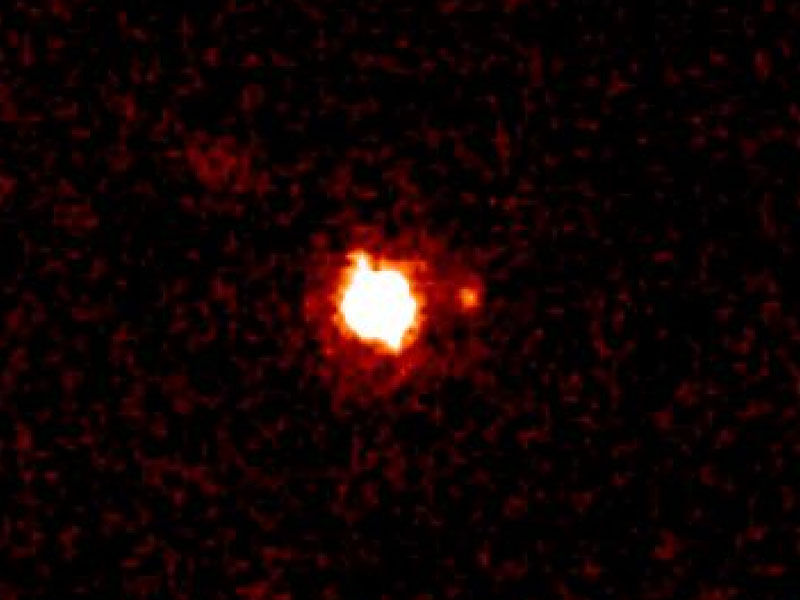 Explanation: Is Pluto the largest dwarf planet? No! Currently, the largest known dwarf planet is (136199) Eris, renamed last week from 2003 UB313. Eris is just slightly larger than Pluto, but orbits as far as twice Pluto's distance from the Sun. Eris is shown above in an image taken by a 10-meter Keck Telescope from Hawaii, USA. Like Pluto, Eris has a moon, which has been officially named by the International Astronomical Union as (136199) Eris I (Dysnomia). Dysnomia is visible above just to the right of Eris. Dwarf planets Pluto and Eris are trans-Neptunian objects that orbit in the Kuiper belt of objects past Neptune. Eris was discovered in 2003, and is likely composed of frozen water-ice and methane. Since Pluto's recent demotion by the IAU from planet to dwarf planet status, Pluto has recently also been given a new numeric designation: (134340) Pluto. Currently, the only other officially designated "dwarf planet" is (1) Ceres.