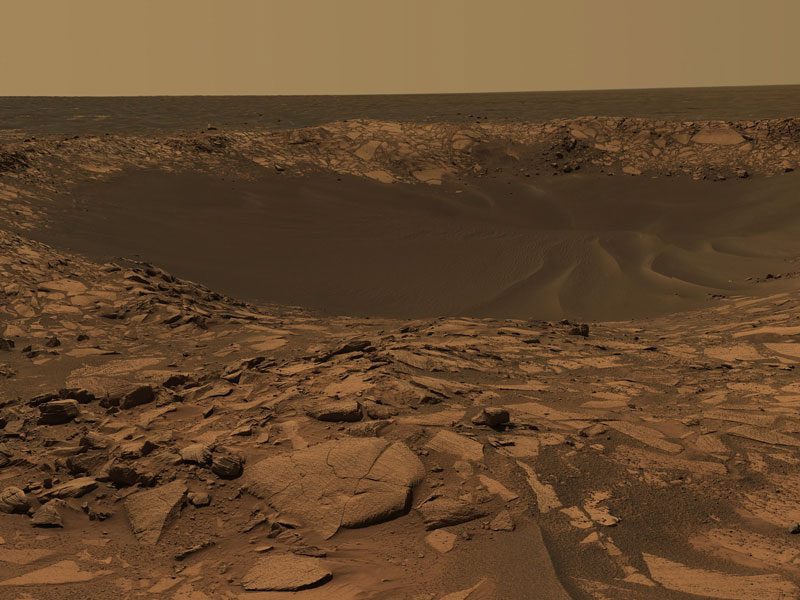 Explanation: What have we found on the way to large Victoria Crater? Smaller Beagle Crater. The robotic Opportunity rover rolling across Mars stopped at Beagle Crater early last month and took an impressively detailed 360-degree panorama of the alien Martian landscape. Beagle crater appears in the center as a dip exposing relatively dark sand. Surrounding 35-meter Beagle Crater are many of the rocks ejected during its creation impact. Opportunity's detailed images show significant erosion on the rocks and walls of Beagle Crater, indicating that the crater is not fresh. Beagle Crater's unofficial name derives from the ship HMS Beagle where Charles Darwin observations led him to postulate his theory of natural selection. That ship was named after the dog breed of beagle. Opportunity is scheduled to roll up to expansive Victoria Crater this week.