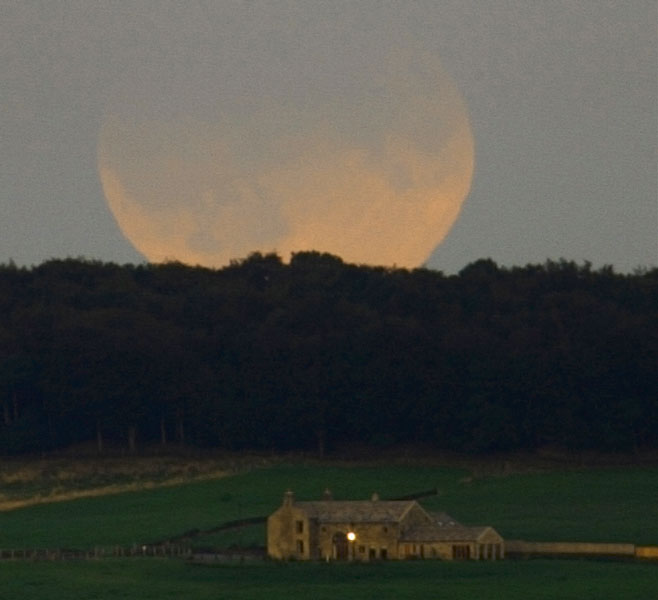 Explanation: Last Thursday, part of our Moon turned dark. The cause, this time, was not a partial lunar phase -- the Moon was full -- but rather that part of the Moon went into Earth's shadow. The resulting partial lunar eclipse was visible from the eastern Atlantic Ocean through Europe, Africa, and Asia and into the western Pacific Ocean. The darkest part of the lunar eclipse, when part of the Moon was completely shielded from sunlight, lasted about 90 minutes. Pictured above, a partially eclipsed Moon is seen rising over an estate in Huddersfield, England. The above image was taken far away from the house in the foreground, as only this would allow it to appear as angularly small as the half-degree Moon far in the background. A setting twilight Sun lit the foreground. The next eclipse of the Moon will occur in March 2007.