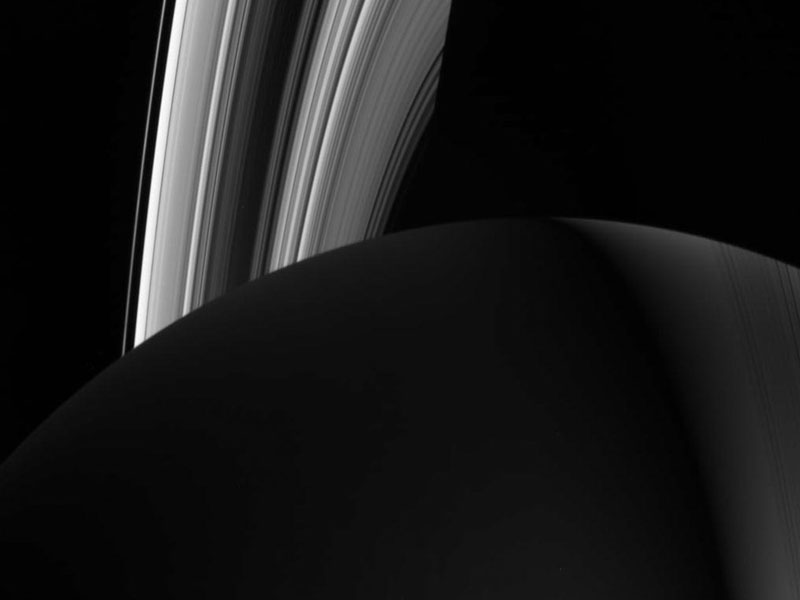 Explanation: This is what Saturn looks like at night. In contrast to the human-made lights that cause the nighttime side of Earth to glow faintly, Saturn's faint nighttime glow is primarily caused by sunlight reflecting off of its own majestic rings. The above image of Saturn at night was captured in July by the Cassini spacecraft now orbiting Saturn. The above image was taken when the Sun was far in front of the spacecraft. From this vantage point, the northern hemisphere of nighttime Saturn, visible on the left, appears eerily dark. Sunlit rings are visible ahead, but are abruptly cut off by Saturn's shadow. In Saturn's southern hemisphere, visible on the right, the dim reflected glow from the sunlit rings is most apparent. Imprinted on this diffuse glow, though, are thin black stripes not discernable to any Earth telescope -- the silhouetted C ring of Saturn. Cassini has been orbiting Saturn since 2004 and its mission is scheduled to continue until 2008.