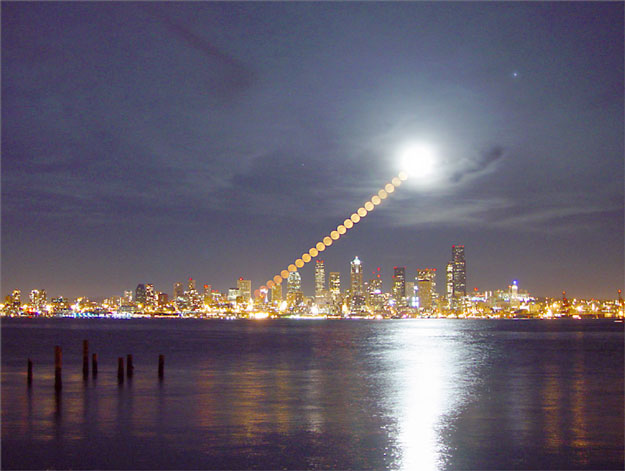 Explanation: Is the Moon larger when near the horizon? No -- as shown above, the Moon appears to be very nearly the same size no matter its location on the sky. Oddly, the cause or causes for the common Moon Illusion are still being debated. Two leading explanations both hinge on the illusion that foreground objects make a horizon Moon seem farther in the distance. The historically most popular explanation then holds that the mind interprets more distant objects as wider, while a more recent explanation adds that the distance illusion may actually make the eye focus differently. Either way, the angular diameter of the Moon is always about 0.5 degrees. In the above time-lapse sequence taken near the end of 2001, the Moon was briefly re-imaged every 2.5 minutes, with the last exposure of longer duration to bring up a magnificent panorama of the city of Seattle.