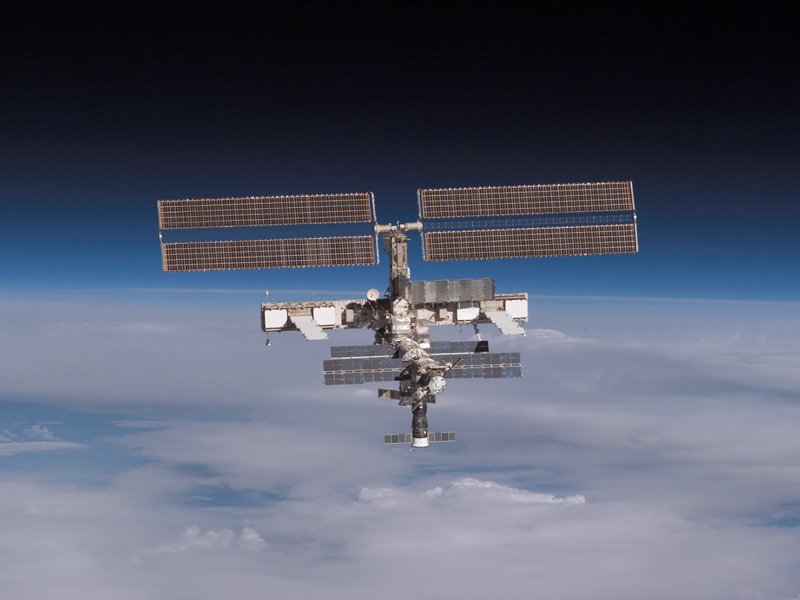 Explanation: This was home. Last week, the STS-121 crew of the Space Shuttle Discovery undocked from the International Space Station (ISS) and returned to Earth. As the shuttle departed the space station, they took the above image. Visible on the ISS are numerous modules, trusses, and long wing-like solar panels. The space shuttle crew spent over 12 days calling the space station home. The shuttle crew resupplied the space station and prepared it for future assembly. The ISS's crew of two was expanded to three by the shuttle visit, and now includes one Russian, one American, and one European.