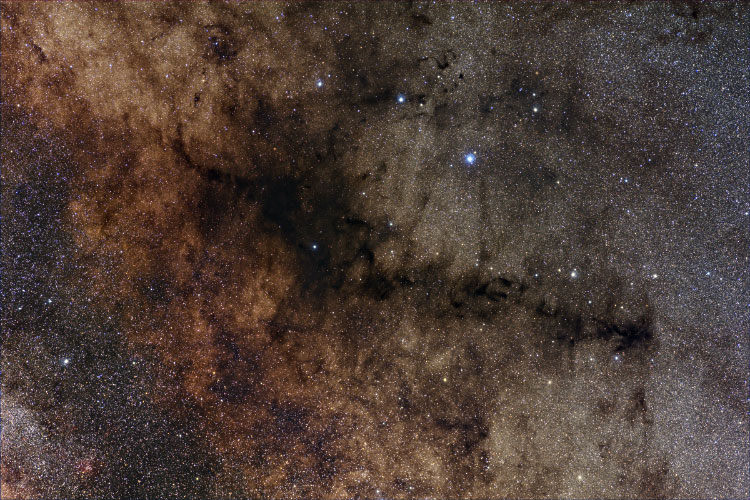 Explanation: East of Antares, dark markings seem to sprawl through the crowded star fields toward the center of our Milky Way Galaxy. Cataloged in the early 20th century by astronomer E. E. Barnard, the obscuring interstellar dust clouds include B72, B77, B78, and B59, seen in silhouette against the starry background. Here, their combined shape suggests smoke rising from a pipe, and so the dark nebula's popular name is the Pipe Nebula. This gorgeous and expansive view was recorded in very dark skies over Hakos, Namibia. It covers a full 10 by 7 degree field in the pronounceable constellation Ophiuchus.