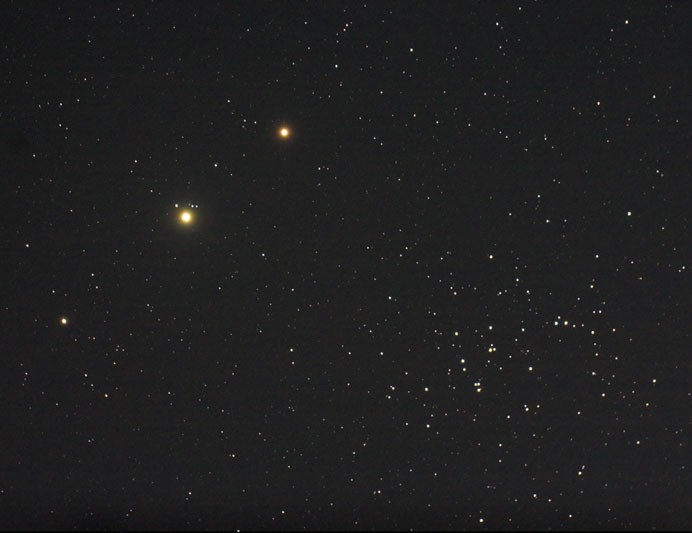 Explanation: The heralded alignment of wandering planets Saturn and Mars with the well-known Beehive Cluster took place last weekend on Saturday, June 17. Recorded in dark Arizona skies on that date, this view finds Mars above and right of Saturn - the brightest celestial beacons in the scene - with the Beehive cluster of stars (M44) at the lower right. The two planets appear in conjunction separated by just over half a degree. But about another half a degree along a line joining the two and continuing towards the lower left lies the third brightest object in the image, giant star Asellus Australis. Asellus Australis is also known as Delta Cancri, a middling bright star 136 light-years away in the constellation Cancer, the Crab. Of course, this star's Latin name translates to "Southern Donkey".