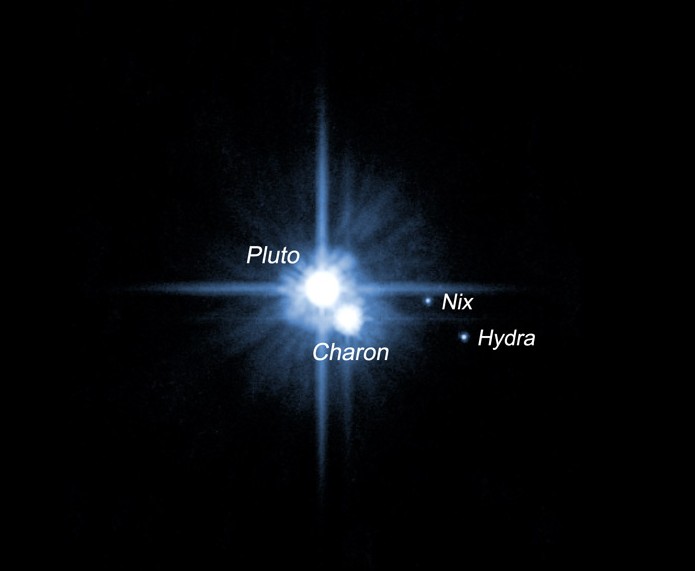 Explanation: Discovered in mid-2005, Pluto's small moons were provisionally designated S/2005 P1 and S/2005 P2. They have now been officially christened Nix and Hydra. Compared to Pluto and its large moon Charon, at 2,360 and 1,210 kilometers in diameter respectively, Nix (inner moon) and Hydra (outer moon) are tiny, estimated to be only 40 to 160 kilometers across. Pluto and Charon are bright enough to create diffraction spikes in this Hubble Space Telescope image, but Nix and Hydra are some 5,000 times fainter than Pluto and appear only as small points of light. Still, their new names are appropriate for the distant Pluto system. In mythology, Nix was the goddess of darkness and night and the mother of Charon, while Hydra was a nine headed monster and is now orbiting the solar system's ninth planet. Of course Nix and Hydra also share initials with the pluto-bound spacecraft New Horizons.