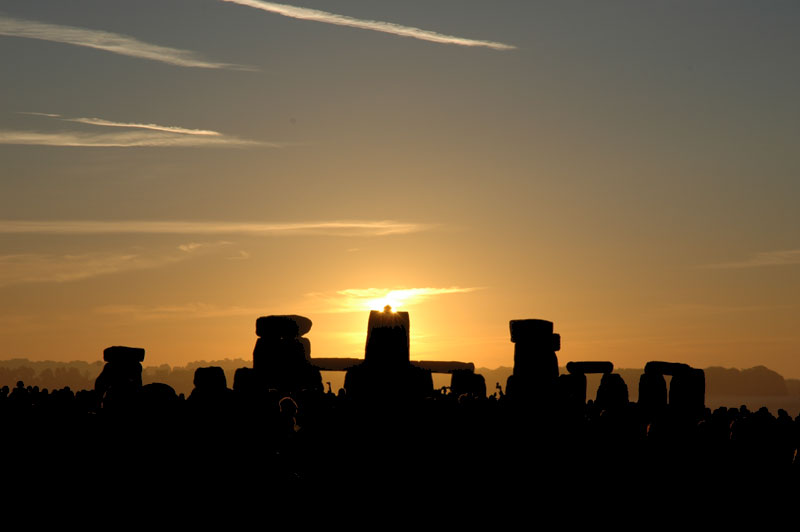 Explanation: Today the Sun reaches its northernmost point in the planet Earth's sky. Called a solstice, the date traditionally marks a change of seasons -- from spring to summer in Earth's Northern Hemisphere and from fall to winter in Earth's Southern Hemisphere. Pictured above is the 2005 Summer Solstice celebration at Stonehenge in England. The event was rare because Stonehenge was not always open to the public, and because recent summer solstices there had been annoyingly cloudy. In 2005, however, thousands of people gathered at sunrise to see the sun rise through the 4,000 year old solar monument. Even given the precession of the Earth's rotational axis over the millennia, the Sun continues to rise over Stonehenge in an astronomically significant way. In fact, the photographer was able to find a good spot where the rising Sun appeared over one of Stonehenge's massive standing stones.