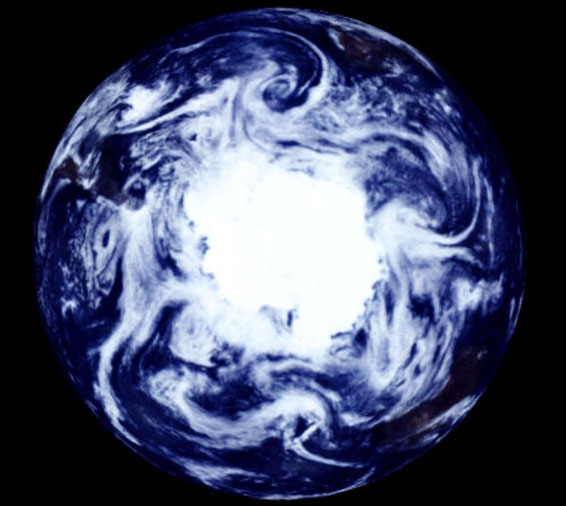 Explanation: The December solstice brings the beginning of Winter to Earth's Northern Hemisphere and Summer time to the South! This view of Earth's Southern Hemisphere near the beginning of Summer was created using images from the Galileo spacecraft taken during its December 1990 flyby of our fair planet. Dramatically centered on the South Pole, this mosaic was constructed by piecing together images made over a 24 hour period so that the entire hemisphere appears to be in sunlight. South America (middle left), Africa (upper right), and Australia (lower right), are visible as dark masses while Antarctica gleams brightly in the center. Swirling clouds marking regularly spaced major weather systems are also prominent.