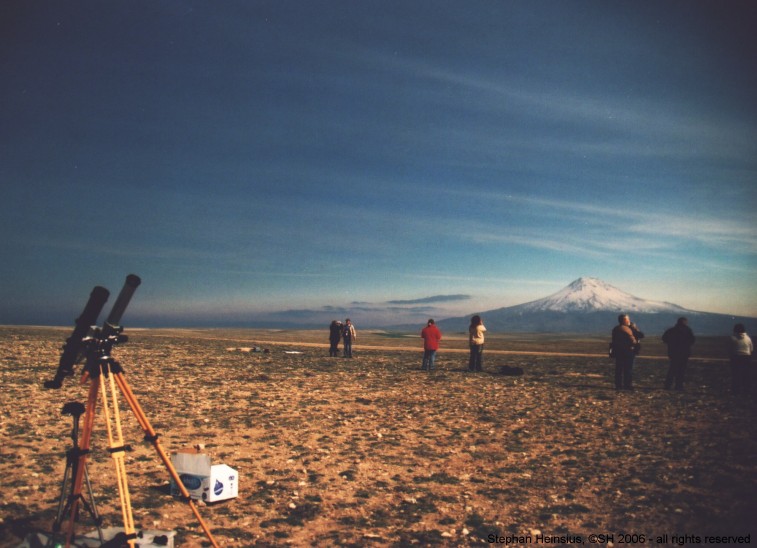 Explanation: During the March 29 total solar eclipse, the Moon's dark central shadow or umbra is vanishing beyond the horizon in this dramatic view of the landscape a few kilometers southeast of Incesu, Anatolia, Turkey. The large, snow covered mountain in the distance is 3,250 meter high volcano Hasan Dag. The foreground is growing brighter as eclipse watchers are just beginning to see rays of sunlight peek around the lunar limb, while the mountains on the horizon, left of Hasan Dag, are still completely shadowed by the Moon. For the watchers along this part of the shadow track, the total phase of the eclipse lasted less than 4 minutes as the umbra raced over them at more than 3,000 kilometers per hour.