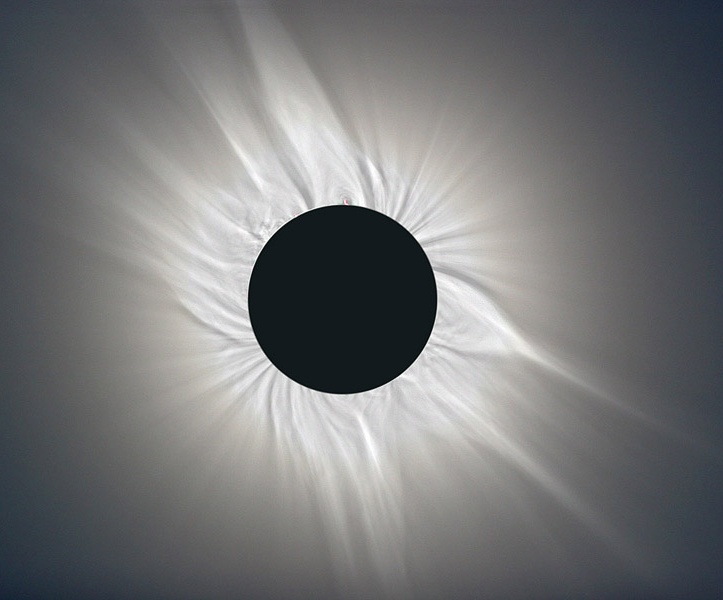 The Crown of the Sun
Credit & Copyright: Koen van Gorp

Explanation: During a total solar eclipse, the Sun's extensive outer atmosphere or corona is an awesome and inspirational sight. The subtle shades and shimmering features of the corona that engage the eye span a brightness range of over 10,000 to 1, making them notoriously difficult to capture in a single picture. But this composite of 33 digital images ranging in exposure time from 1/8000 to 1/5 second comes very close to revealing the crown of the Sun in all its glory. The telescopic views were recorded from Side, Turkey during the March 29 solar eclipse, a geocentric celestial event that was widely seen under nearly ideal conditions. The composite also captures a pinkish prominence extending just beyond the upper edge of the eclipsed sun.