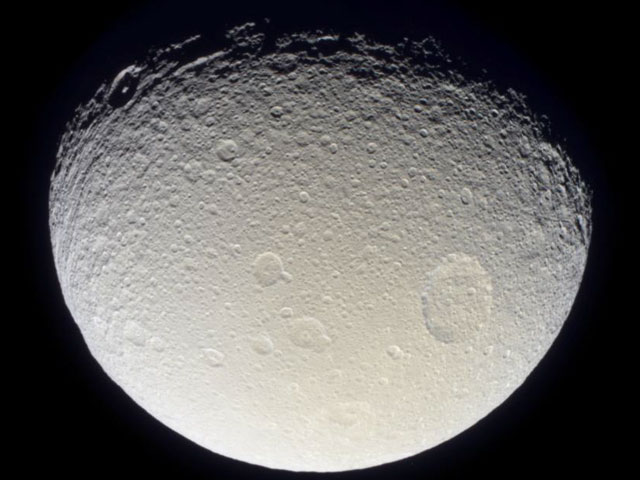 Explanation: Tethys is one of the larger and closer moons of Saturn. The Cassini spacecraft now orbiting Saturn passed near the frozen moon at the end of October, capturing the most detailed images since the Voyager spacecrafts in the early 1980s. Tethys is composed almost completely of water ice and shows a large impact crater that nearly circles the moon. Because this crater did not disrupt the moon, Tethys is hypothesized to be at least partly liquid in its past. Two smaller moons, Telesto and Calypso, orbit Saturn just ahead of and behind Tethys. Giovanni Cassini discovered Tethys in 1684. The Cassini spacecraft is scheduled for a close fly-by of Tethys in September 2005.