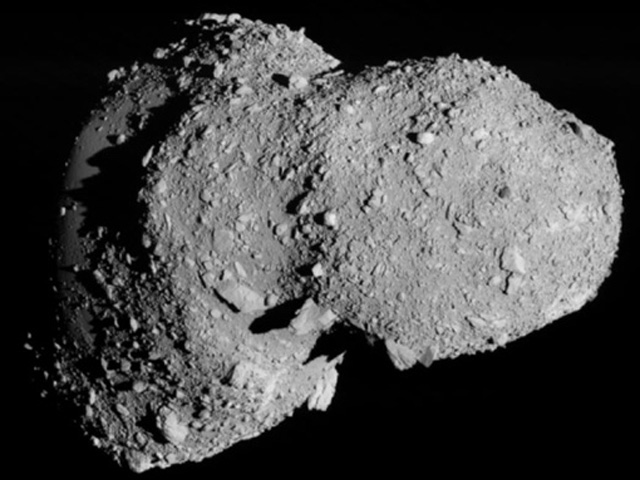 Explanation: Where are the craters on asteroid Itokawa? No one knows. The Japanese robot probe Hayabusa recently approached the Earth-crossing asteroid and is returning pictures showing a surface unlike any other Solar System body yet photographed -- a surface possibly devoid of craters. One possibility for the lack of common circular indentations is that asteroid Itokawa is a rubble pile -- a bunch of rocks and ice chunks only loosely held together by a small amount of gravity. If so, craters might be filled in whenever the asteroid gets jiggled by a passing planet -- Earth in this case. Alternatively, surface particles may become electrically charged by the Sun, levitate in the microgravity field, and move to fill in craters. Over the weekend, Hayabusa lowered itself to the surface of the strange asteroid in an effort to study the unusual body and collect surface samples that could be returned to Earth in 2007.