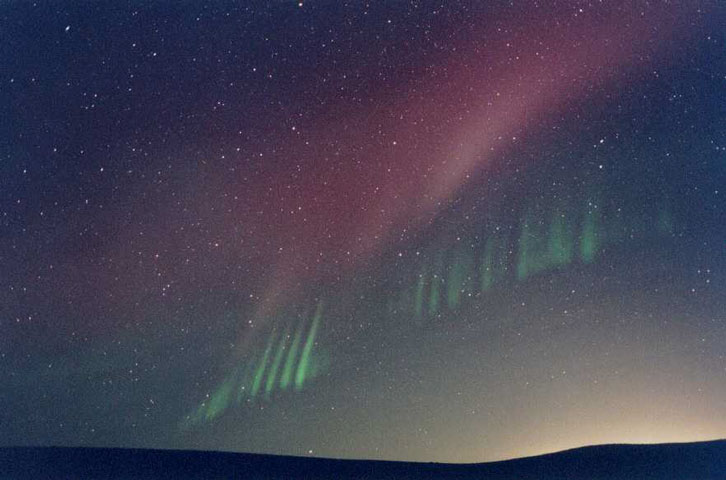 Explanation: This aurora was a bit of a surprise. For starters, on this Friday morning in August 2002, no intense auroral activity was expected at all. Possibly more surprising, however, the aurora appeared to show an usual structure of green rays from some locations. In the above image, captured from North Dakota, USA, a picket fence of green rays stretches toward the horizon. Mirroring the green rays is a red band, somewhat rare in its own right. Lights from the cities of Bismarck and Mandan are visible near the horizon. Large sunspot groups indicate that activity from an active Sun is relatively likely, possibly causing other streams of energetic particles to cascade onto the Earth and so causing more auroras.