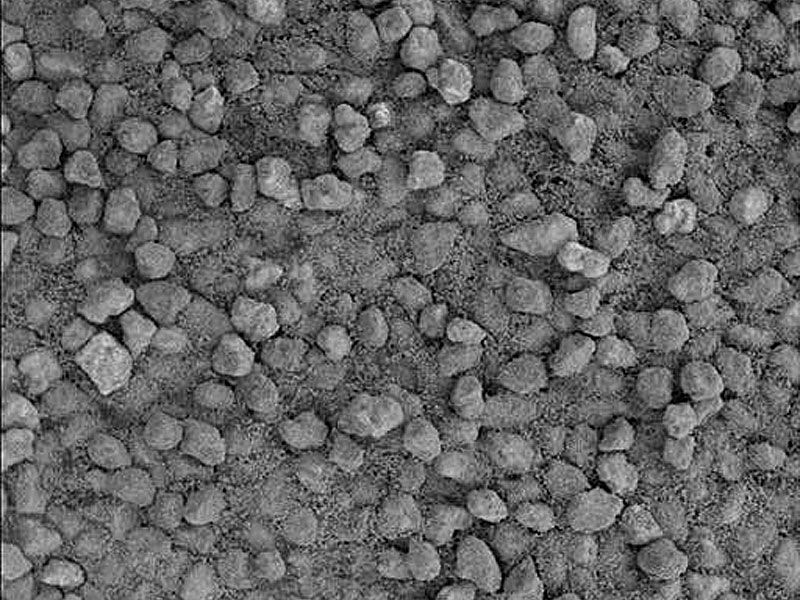 Explanation: Why isn't this sand round? The robotic Spirit rover currently rolling across Mars has found notably angular sand in the Columbia Hills on Mars. Previously, small bits of sand found in the plains of Gusev Crater were significantly more round. The finding indicates that angular hill sand has tumbled less and likely traveled a shorter distance than the corresponding round plain sand. Such tumbling has the general effect of making sand and rocks increasingly round and with fewer sharp edges. Pictured above, as taken last month, are angular sand grains magnified by Spirit's Microscopic Imager. The above frame spans about three centimeters.