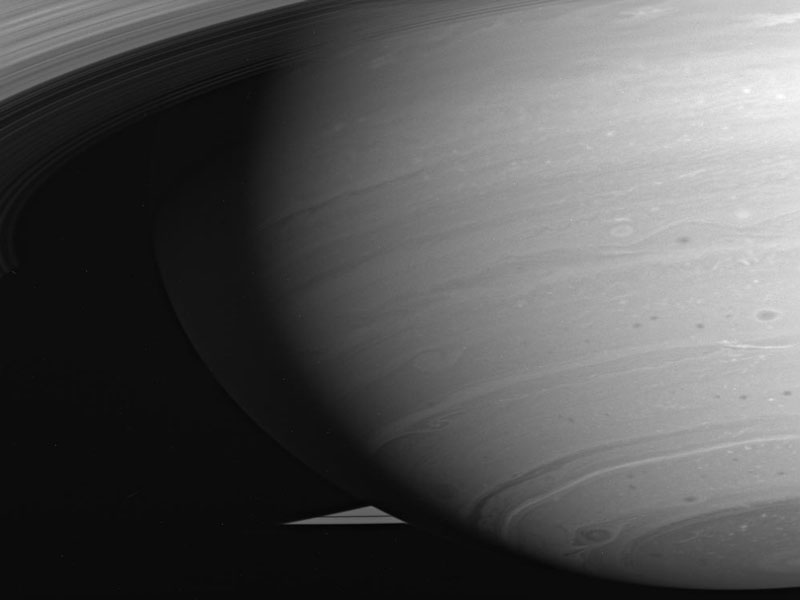 Explanation: Storms larger than hurricanes continually dot the upper atmosphere of the planet Saturn. A view of many storms occurring simultaneously was captured in July by the robot Cassini spacecraft now orbiting Saturn. An image of unusually high detail was made possible at that time when Cassini isolated a very specific color of polarized infrared light. The numerous white and dark spots visible above are the swirling storm systems. On Saturn, storms like these typically last for months and have even been seen merging. Bands of clouds that circle the entire planet are also clearly visible. Saturn's complex and majestic ring system is seen both in the foreground and the background. The above image has been digitally shortened along the vertical.