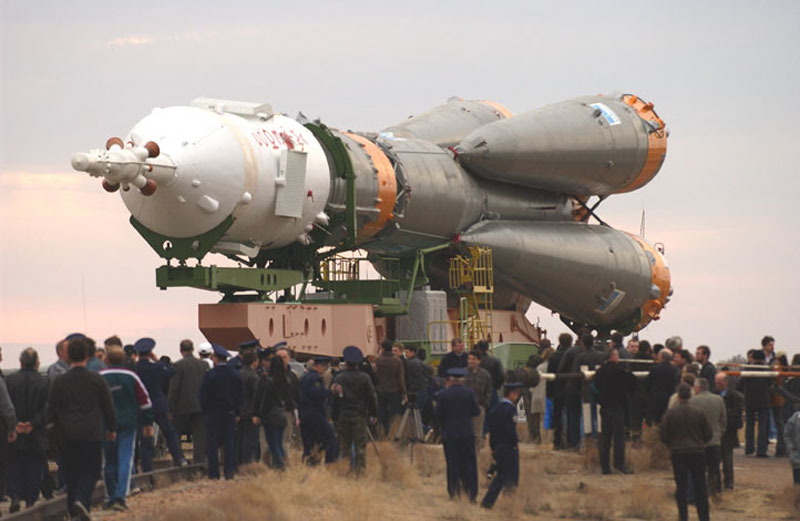 Explanation: It takes a big rocket to go into space. In 2003 April, this huge Russian rocket was launched toward Earth-orbiting International Space Station (ISS), carrying two astronauts who will make up the new Expedition 7 crew. Seen here during rollout at the Baikonur Cosmodrome, the rocket's white top is actually the Soyuz TMA-2, the most recent version of the longest serving type of human spacecraft. The base is a Russian R7 rocket, originally developed as a prototype Intercontinental Ballistic Missile in 1957. The rocket spans the width of a football field and has a fueled mass of about half a million kilograms. Russian rockets like this remain a primary transportation system to the International Space Station (ISS). Last week, a similar rocket successfully launched a spaceflight participant and two Expedition 12 astronauts to the space station.