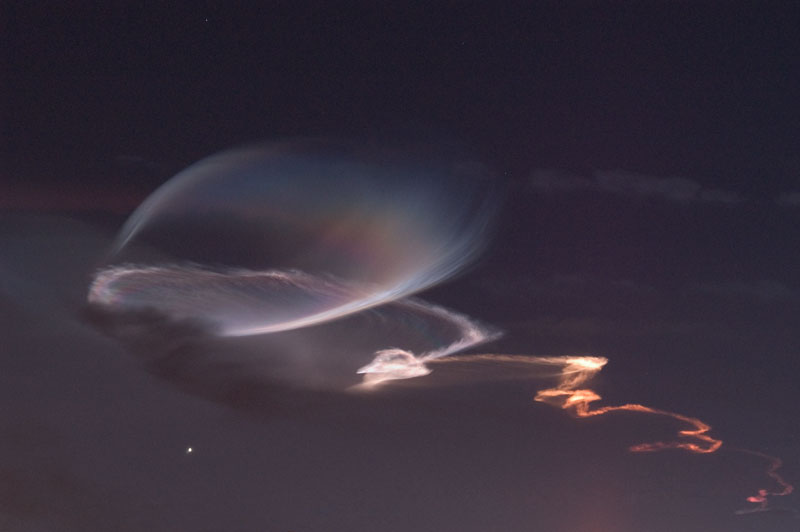 Explanation: What kind of cloud is that? Last week, a sunset rocket launch lit up the sky and was photographed by sky enthusiasts as far as hundreds of miles away. The lingering result was a photogenic rocket plume. Not everyone who saw the resulting plume knew its cause to be a Minotaur rocket launched from Vandenberg Air Force Base in California, USA. The cloud was visible after sunset on 22 September. Fuel particles and water droplets expelled from the rocket swirled in the winds of the upper atmosphere, creating an expanding helix. The noctilucent plume was so high that it still reflected sunlight, where lower clouds in the foreground appeared dark. The above image also captured part of the plume reflecting sunlight as a rainbow or a colorful iridescent cloud. Below the launch plume is the planet Venus.