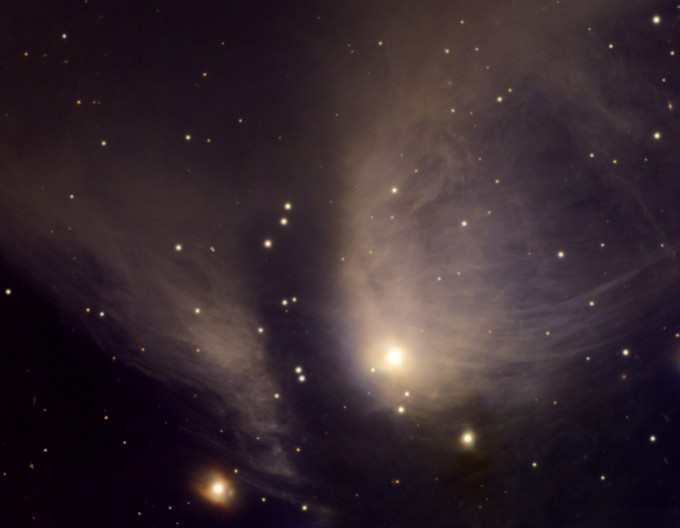 Explanation: A star emerges from its natal cloud of gas and dust in this tantalizing portrait of RY Tauri, a small stellar nursery at the edge of the Taurus molecular cloud, a mere 450 light-years away. Illuminating a region that spans about 2/3 of a light-year, the youthful, central star is large, cool, and known to vary in brightness. Still collapsing, in a few million years the star's winds will likely clear out the gas and dust clouds, as it settles down to become a steady main sequence star like the Sun. What remains could well include a planetary system. The image data for RY Tauri is from the Gemini Observatory, on Mauna Kea, Hawaii -- based on observations proposed by the Astronomy Club of Dorval, Quebec.