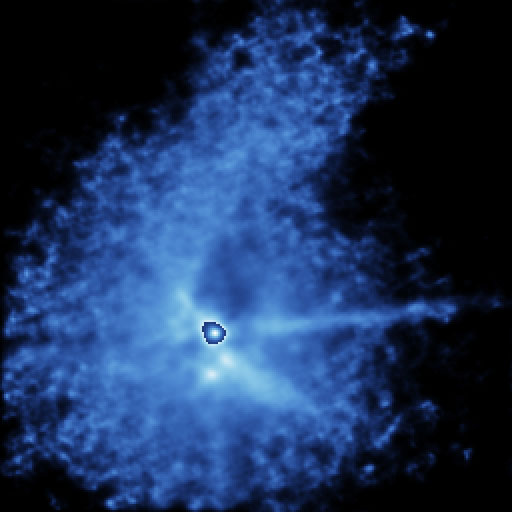 Explanation: What did the Sun look like before there were planets? A prototype laboratory for the formation of low mass stars like our Sun is the T Tauri system, one of the brighter star systems toward the constellation of Taurus. In young systems, gravity causes a gas cloud to condense. The situation then usually becomes quite complex, as some of the infalling gas is heated so much by collisions that it is immediately expelled as an outgoing wind. Complex geometries including jets and disks form as the infalling and outflowing gas collide and interact with a changing magnetic field. Pictured above is a false-color image of the T Tauri system itself, which turns out to be a binary. In a few million years, the central condensate will likely become hot enough to ignite nuclear fusion, by which time much of the surrounding circumstellar material will either have fallen in or have been driven off by the stellar wind. At that time, a new star will shine.