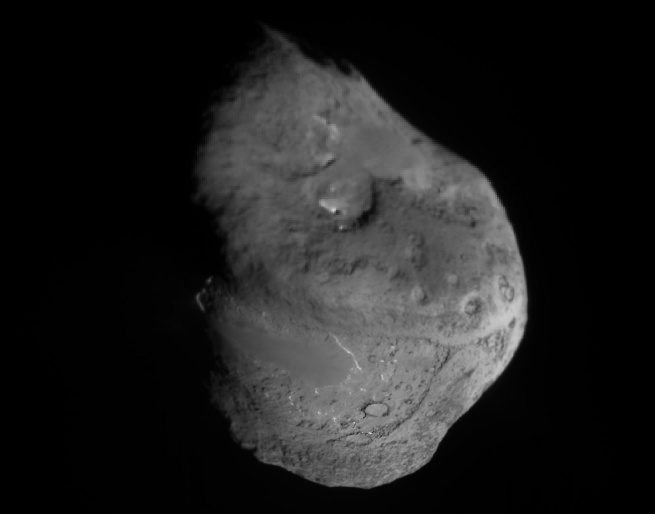 Explanation: Approaching the nucleus of comet Tempel 1 at ten kilometers per second, the Deep Impact probe's targeting camera recorded a truly dramatic series of images. Successive pictures improve in resolution and have been composited here at a scale of 5 meters per pixel -- including images taken within a few meters of the surface moments before the July 4th impact. Analyzing the resulting cloud of debris, researchers are directly exploring the makeup of a comet, a primordial chunk of solar system material. Described as a recipe for primordial soup, the list of Tempel 1's ingredients - tiny grains of silicates, iron compounds, complex hydrocarbons, and clay and carbonates thought to require liquid water to form - might be more appropriate for a cosmic souffle, as the nucleus is apparently porous and fluffy. Seen here, Tempel 1's nucleus is about five kilometers long, with the impact site between the two large craters near the bottom.