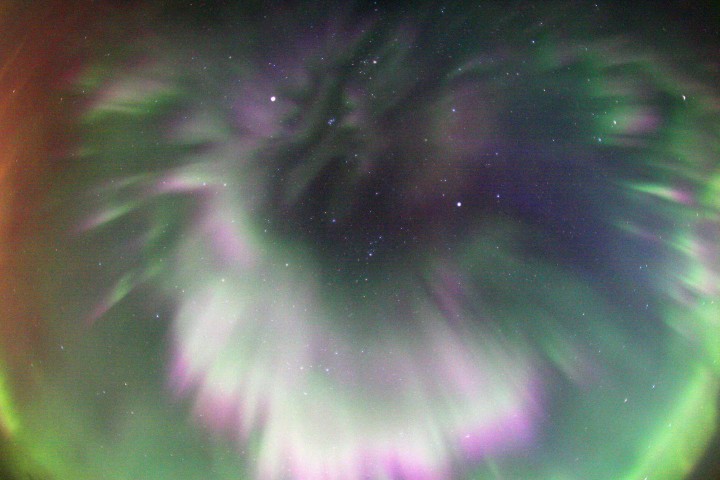 Explanation: So far, the Aurora Borealis or Northern Lights have made some remarkable visits to September's skies. The reason, of course, is the not-so-quiet Sun. In particular, a large solar active region now crossing the Sun's disk has produced multiple, intense flares and a large coronal mass ejection (CME) that triggered wide spread auroral activity just last weekend. This colorful example of spectacular curtains of aurora was captured with a fish-eye lens in skies over Quebec, Canada on September 11. Also featured is the planet Mars, the brightest object above and left of center. Seen near Mars (just below and to the right) is the tightly knit Pleiades star cluster. Although they can appear to be quite close, the northern lights actually originate at extreme altitudes, 100 kilometers or so above the Earth's surface.