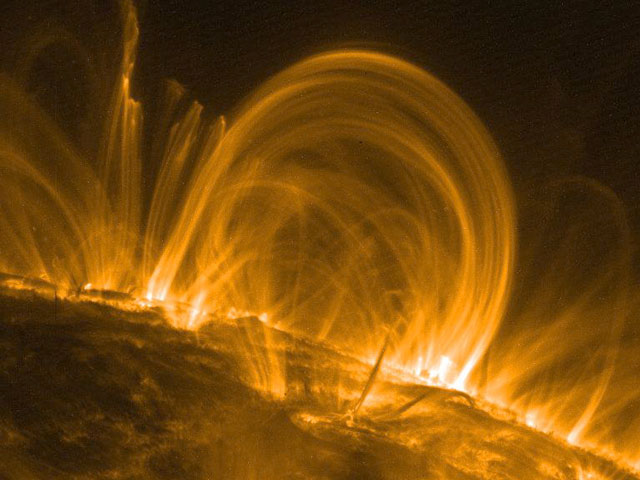 Explanation: Why is the corona of the Sun so hot? Extending above the photosphere or visible surface of the Sun, the faint, tenuous solar corona can't be easily seen from Earth, but it is measured to be hundreds of times hotter than the photosphere itself. Astronomers have long sought the source of the corona's heat in magnetic fields which loft monstrous loops of solar plasma above the photosphere. Detailed observations of coronal loops from the orbiting TRACE satellite are pointing more closely to the unidentified energy source. Recorded in extreme ultraviolet light, this and other TRACE images indicate that significant heating occurs low in the corona, near the bases of the loops as they emerge from and return to the solar surface. This tantalizing TRACE image shows clusters of the majestic, hot coronal loops which span 30 or more times the diameter of planet Earth.