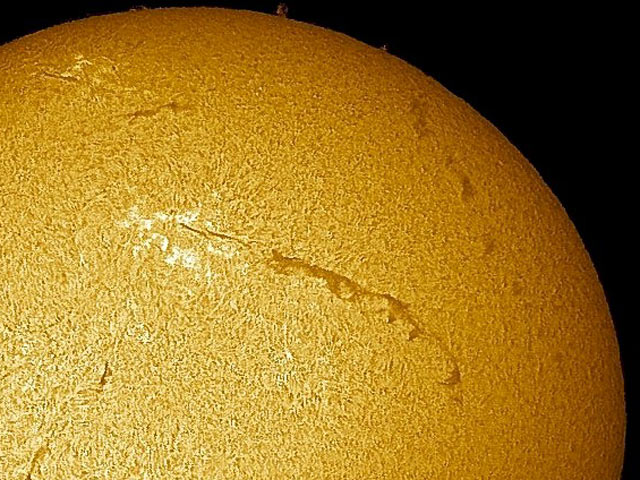 Explanation: Two unusually long filaments crossed part of the Sun last week. The filaments are actually relatively cool and dark prominences of solar plasma held up by the Sun's magnetic field but seen against the face of the Sun. Filaments typically last a few weeks before falling back. Pictured above, the two filaments are visible on the Sun's right side. It would take twenty Earths, set end-to-end, to match the length of one of the filaments. Also visible are bright hot regions called plages and a carpet of hundreds of granules that provide the Sun's texture. The above image was taken early last week through a small telescope in a very specific color of light emitted primarily by hydrogen.