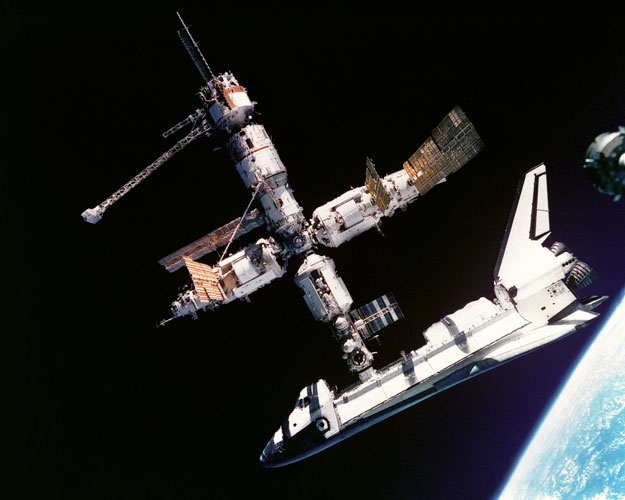 Explanation: Before there was the International Space Station, the reigning orbiting spaceport was Russia's Mir. Pictured above in 1995, the United States Space Shuttle Atlantis docked with the segmented Mir. During shuttle mission STS-71, astronauts answered questions from school students over amateur radio and performed science experiments aboard Spacelab. The Spacelab experiments helped to increase understanding of the effects of long-duration space flights on the human body. Last year, after 15 years of successful service, the decaying Mir space station broke up as it entered the Earth's atmosphere.