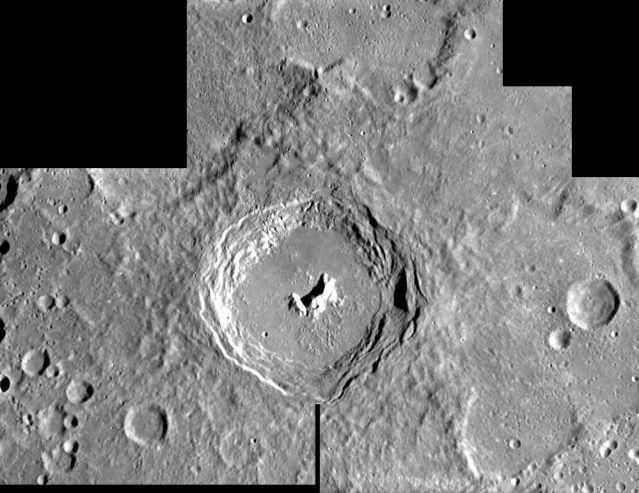 Explanation: Stark shadows show off the central peaks and terraced walls of 120 kilometer wide Pythagoras Crater in this mosaic of images from ESA's SMART-1 spacecraft. Characteristic of large, complex impact craters on the Moon, the central uplift was produced by a rebound of the suddenly molten lunar crust during the violent impact event. Propelled by an efficient ion engine, the innovative SMART-1 spacecraft entered lunar orbit in November last year after a leisurely 13 month journey from planet Earth. Now viewing the lunar surface from an altitude of 1,000 to 5,000 kilometers SMART-1 (Small Missions for Advanced Research in Technology -1) will spiral closer to the Moon later this month.