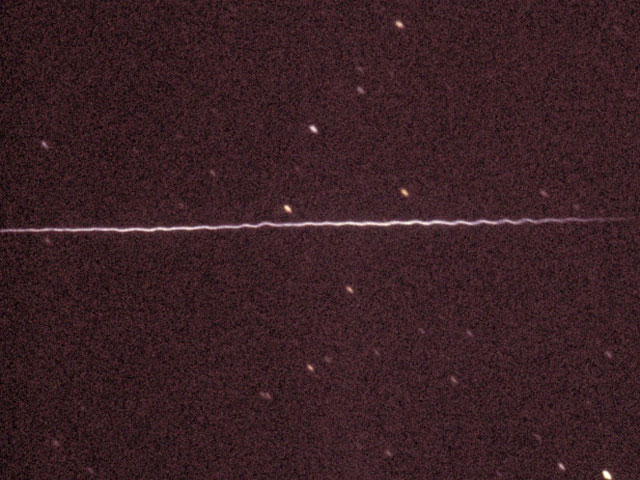 Explanation: Did this meteor leave a twisting path? Evidently. Meteor trains that twist noticeably are rare - and even more rarely photographed - but have been noted before. The underlying reason for unusual meteor trains is that many meteors are markedly non-spherical in shape and non-uniform in composition. Meteors, usually sand sized grains that originate in comets, will disintegrate as they enter the Earth's atmosphere. Non-uniform meteors may evaporate more on one side than another. This may cause a rotating meteor to wobble slightly in its path, and also to spray fast moving debris in a nearly spiral path. The fast moving meteor debris ionizes molecules in the Earth's atmosphere that subsequently glow when they reacquire electrons. Surely no meteor is perfectly uniform and spherical, so that a slight swagger that is below perceptibility is likely typical. Meteors may well have seeded Earth with the prebiotic molecules that allowed for the development of life.