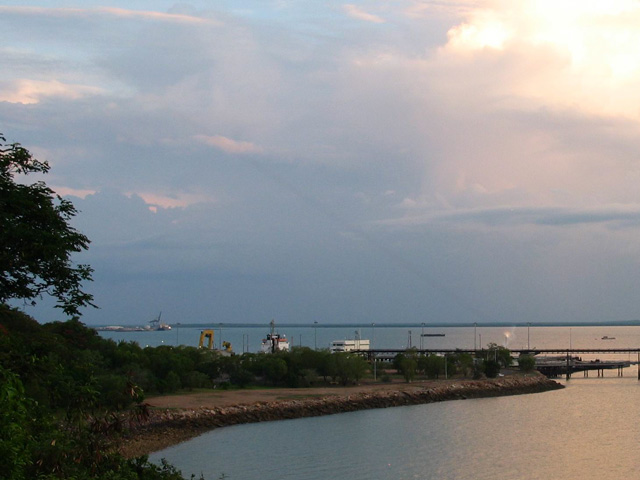 Explanation: Meteor experts don't think it's a meteor. Atmospheric scientists don't think it's lightning. The photographer insists that the streak and flash on the above image has not been created digitally. So what is it? Nobody is sure. APOD's editors do not claim to know - one purpose of posting this image is to mine the eclectic brain trust of APOD's readers to help see if some unusual phenomenon was caught serendipitously. The strange features were captured on a series of images intended to monitor cloud changes in the background. Images taken just before and after the above frame show no streak or flash. The light pole near the flash has been inspected and does not show any damage, although the light inside was not working. If you think you know what is going on, instead of sending us email please participate in an online discussion. If a convincing argument or consensus is reached, the answer will be posted on APOD at a later date.