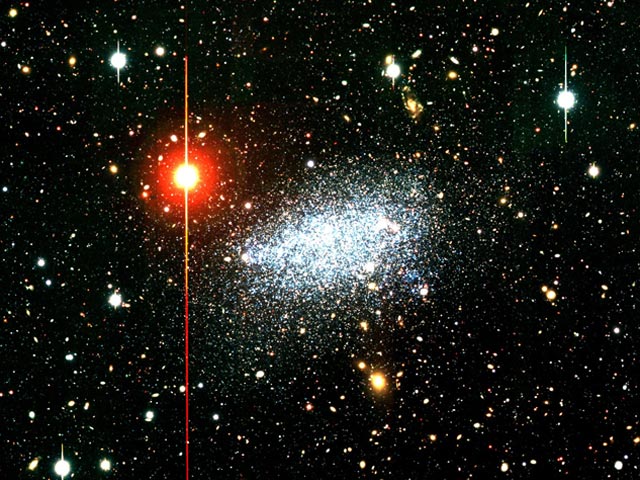 Explanation: Why isn't this small galaxy simple? The above image and contemporary observations of small nearby galaxy Leo A were supposed to show it has a simple structure. Now Leo A is known to be a dwarf irregular galaxy - one of the most common types of galaxies in the universe and a type that is likely a building block of more massive galaxy like our Milky Way Galaxy. In general, larger galaxies have recently been shown to continually eat, and be primarily composed of, many of the smaller satellite galaxies that have surrounded them. Leo A's surprising complexity indicates that that it, and possibly many small galaxies, have formation histories nearly as complex as large galaxies. Leo A spans about 10,000 light years and lies about 2.5 million light years away toward the constellation of Leo.