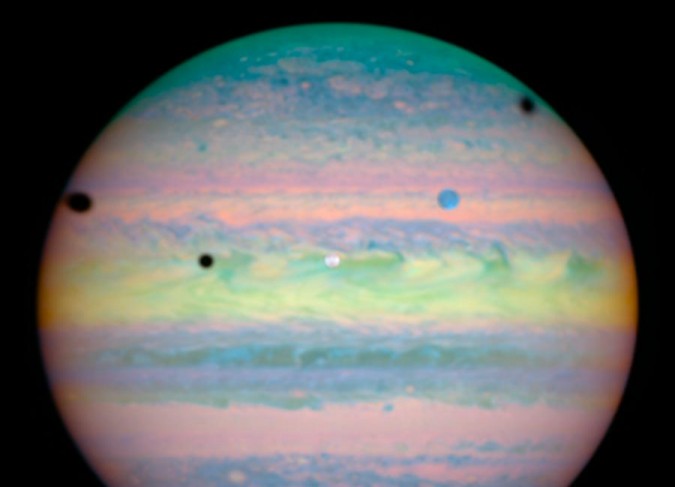 Explanation: This false-color image of banded gas giant Jupiter shows a triple eclipse in progress on March 28 - a relatively rare event, even for a large planet with many moons. Captured by the Hubble Space Telescope's near-infrared camera are shadows of Jupiter's moons Ganymede (left edge), Callisto (right edge) and Io, three black spots crossing the sunlit Jovian cloud tops. In fact, Io itself is visible as a white spot near picture center with a bluish Ganymede above and to the right, but Callisto is off the right hand edge of the scene. Viewed from Jupiter's perspective, these shadow crossings would be seen as solar eclipses, analogous to the Moon's shadow crossing the sunlit face of planet Earth. Historically, timing the eclipses of Jupiter's moons allowed astronomer Ole Roemer to make the first accurate measurement of the speed of light in 1676.