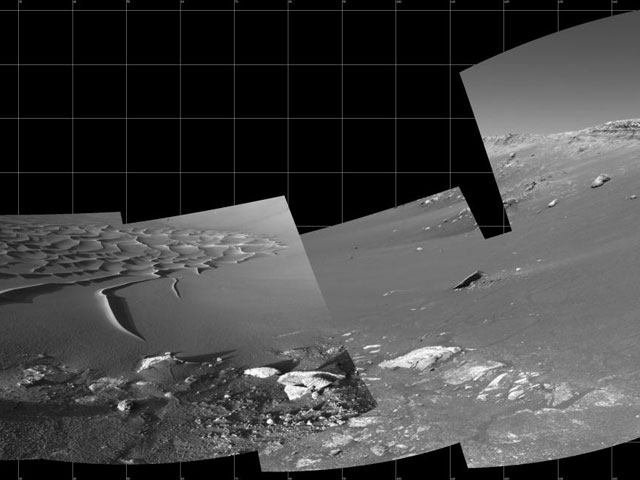 Explanation: Where should this Martian rover explore next? Possible choices for the Opportunity rover team on Earth in early August were to send the Martian robot inside Endurance crater toward the arc-shaped sand dunes on the left, the unusually shaped rock on the right slope dubbed Wopmay, and lower parts of Burns Cliff at the top of the craters inner slopes. The Opportunity rover team on Earth chose 1-meter diameter rock Wopmay as their next target, and closer photographs are already being returned. Below center of the above mosaic is an area already explored by the rover. Opportunity has recently found rocks in Endurance crater with a network of cracks potentially indicative of dried mud, bolstering the case that Mars had a wet ancient past.