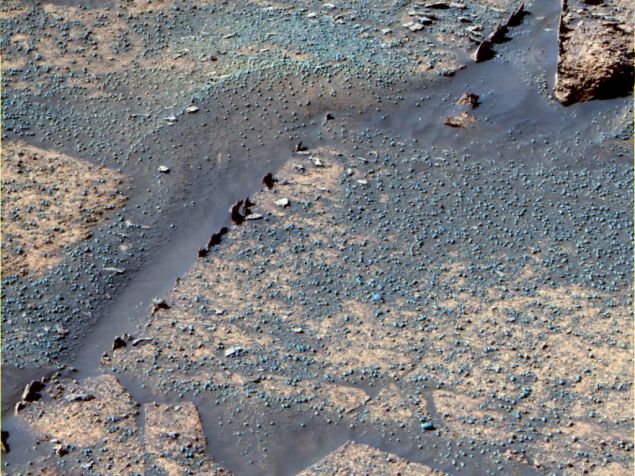 Explanation: Over one year after its launch, robot geologist Opportunity has been spending recent sols on Mars inching its way down the slopes of Endurance crater. Littered with martian blueberries, some flat rocks within the crater also seem to have surprising razorbacks -- narrow slabs sticking up along their edges. Like the blueberries, it's possible that the sharp, narrow features are related to water. They could be formed by minerals deposited by water in cracks, with the surrounding softer material subsequently eroded away. How narrow are they? The ones pictured here in an enhanced color image from Opportunity's panoramic camera are actually only a few centimeters high and about half a centimeter wide. Impressive 3D views have been constructed by stereo experimenter P. Vantuyne based on the camera's left and right eye images of the region.