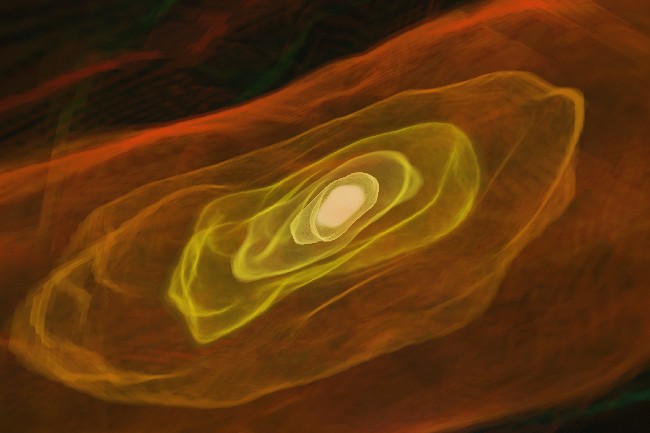 Explanation: What became of the first stars? No known stars appear to be composed of truly primordial gas -- all of the stars around us have too many heavy elements. Our own Sun is thought to be a third generation star, with many second-generation stars seen in globular clusters. This year, however, significant progress is being made on solving this perennial astronomical mystery. Analyses of recent WMAP satellite images of the cosmic microwave background indicate that this primordial light was ionized by a first generation of stars that came and went only 200 million years after the Big Bang. Additionally computer codes are now more-accurately tracking the likely creation and evolution of first stars in the early universe. Pictured above at a scale of one light-month, a computer-generated model resolves the scale of the first stars, indicating clean cocoons that condensed into stars always over 30 times the mass of our Sun. Stars like this quickly fused pristine gas into heavier elements and then exploded, seeding the universe with elements that would become part of the stars we know and, ultimately, ourselves.