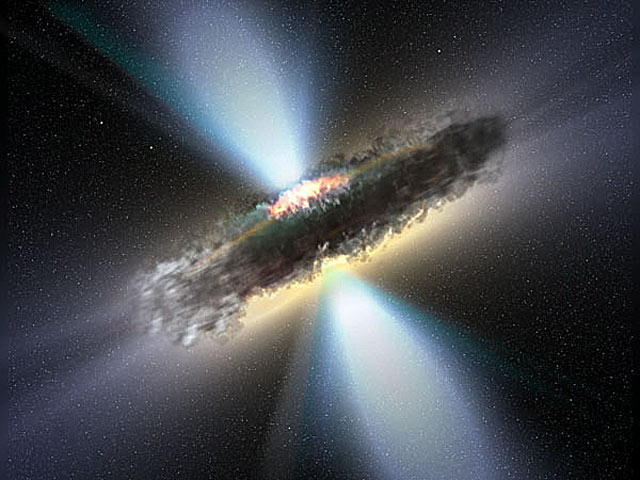 Explanation: Why do some black hole surroundings appear brighter than others? In the centers of active galaxies, supermassive black holes at least thousands of times the mass of our Sun dominate. Many, called Seyfert Type I, are very bright in visible light. Others, called Seyfert Type II, are rather dim. The difference might be caused by some black holes accreting much more matter than others. Alternatively, the black holes in the center of Seyfert Type II galaxies might be obscured by a surrounding torus. To help choose between these competing hypotheses, the nearby Seyfert II galaxy NGC 4388 has been observed in X-ray light recently by many recent Earth-orbiting X-ray observatories, including CGRO, SIGMA, BeppoSAX, INTEGRAL, Chandra, and XMM-Newton. Recent data from INTEGRAL and XMM-Newton have found that the X-ray flux in some X-ray colors varies rapidly, while flux in other X-ray colors is quite steady. The constant flux and apparent absorption of very specific X-ray colors by cool iron together give evidence that the central black hole in NGC 4388 is seen through a thick torus composed of molecular gas and dust.