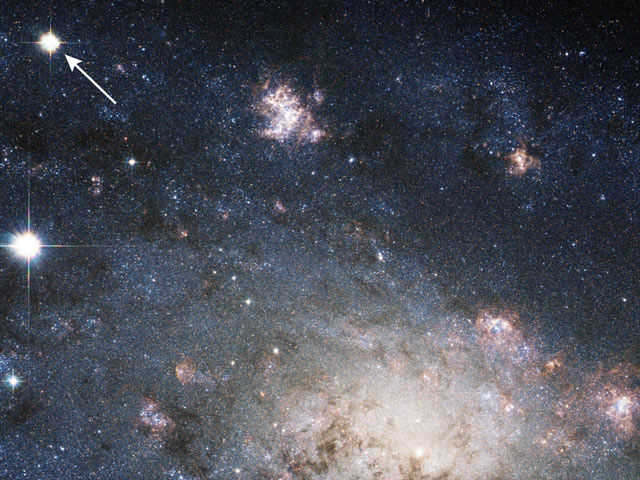 Explanation: The closest and brightest supernova in over a decade was recorded just over a month ago in the outskirts of nearby galaxy NGC 2403. Officially tagged SN 2004dj, the Type IIP explosion likely annihilated most of a blue supergiant star as central fusion could no longer hold it up. The supernova can be seen as the bright object in the above image in the direction of the arrow. The home galaxy to the supernova, spiral galaxy NGC 2403, is located only 11 million light years away and is visible with binoculars toward the northern constellation of Camelopardalis (the Giraffe). The supernova is fading but still visible with a telescope, once peaking at just brighter than magnitude 12. Supernovas of this type change brightness in a predictable way and may be searched for in the distant universe as distance indicators.