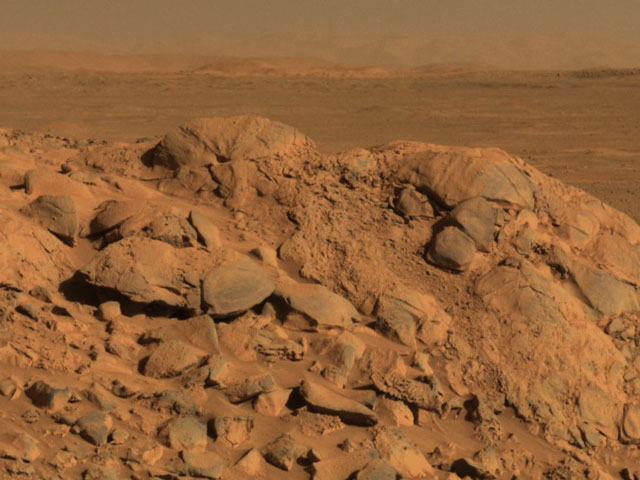 Explanation: What would it be like to climb a hill and look out over Mars? That opportunity was afforded the Spirit rover earlier this month as it rolled to a high perch in the Columbia Hills. Peering out, the rolling robot spied the interior plains and distant rim of Gusev Crater, beyond an outcrop of rocks called Longhorn. Spirit continues to find evidence that many rock shapes have been altered by ancient water. Both Spirit and her sister robot Opportunity have completed their primary three-month mission but remain in good enough condition to continue to explore Mars.