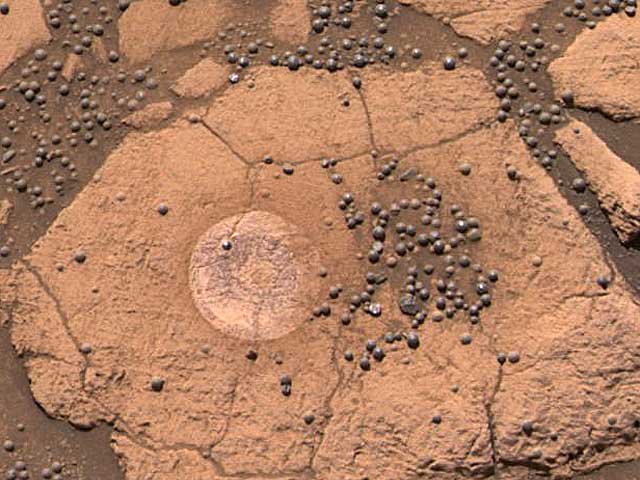 Explanation: How were these unusual Martian spherules created? Thousands of unusual gray spherules, made of iron and rock but dubbed blueberries, were found embedded in and surrounding rocks near the landing site of the robot Opportunity rover on Mars. To help investigate their origin, Opportunity found a surface dubbed the Berry Bowl with an indentation that was rich in the Martian orbs. The Berry Bowl is pictured above, imaged during rover's 48th Sol on Mars. The average diameter of a blueberry is only about 4 millimeters. By analyzing a circular patch in the rock surface to the left of the densest patch of spherules, Opportunity obtained data showing that the underlying rock has a much different composition than the hematite rich blueberries. This information contributes to the growing consensus is that these small, strange, gray orbs were slowly deposited from a bath of dirty water.