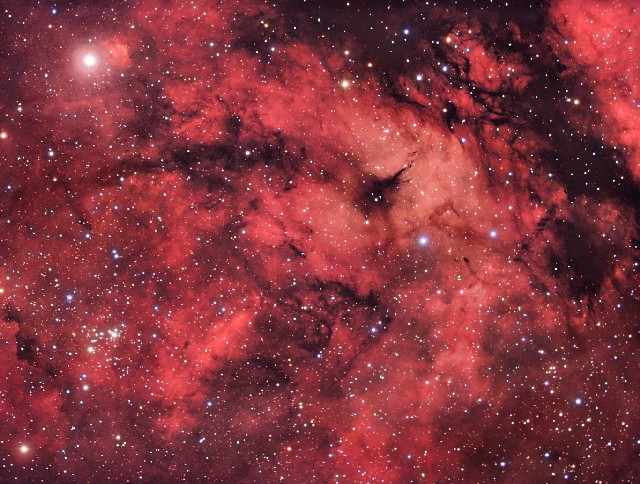 Explanation: In the constellation of the swan near the nebula of the pelican lies the gas cloud of the butterfly surrounding a star known as the hen. That star, given the proper name Sadr, is visible to the unaided eye but found here as the brightest object on the upper left. Sadr, at 1500 light years distant, is near the center of the Butterfly Nebula (IC 1318) in a bright region given the comparatively staid label of IC 1318B. The fantastic starfield that surrounds Sadr contains stars old and young, an open cluster of stars (NGC 6910 visible on the image left), vast clouds of hydrogen gas that glow red, and picturesque pockets and filaments of dark dust. The above image is a digital fusion of several different color images of the gamma Cygni (Sadr) region