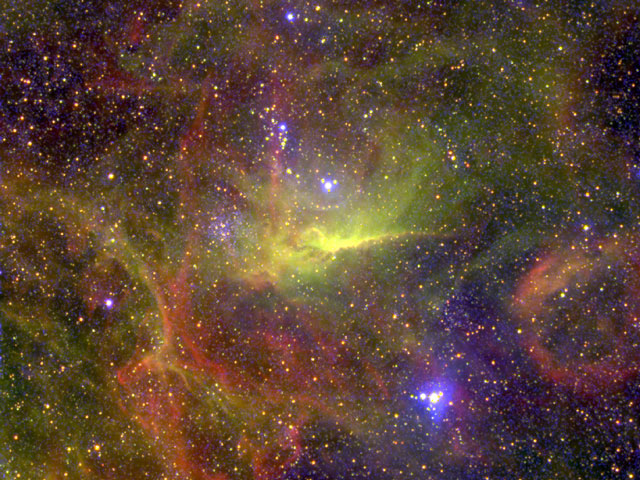 Explanation: How could two young stars power these colorful interstellar gas clouds? Although hidden by thick dust, the stars spew forceful ions and energetic radiation that cause the clouds to fragment and light up. The above composite color image from the European Southern Observatory's Melipal VLT telescope resolves details in the nebula complex known as BAT99-49, with emission from helium atoms in blue hues, oxygen atoms in green, and hydrogen atoms in red. Located in the Large Magellanic Cloud (LMC), the largest satellite galaxy to our own Milky Way Galaxy, one of the stars in the central binary is an enigmatic Wolf-Rayet star while the other is a massive O star. Wolf-Rayet stars have some of the hottest surfaces in the universe, while O stars are the most massive and energetic of normal main sequence stars.