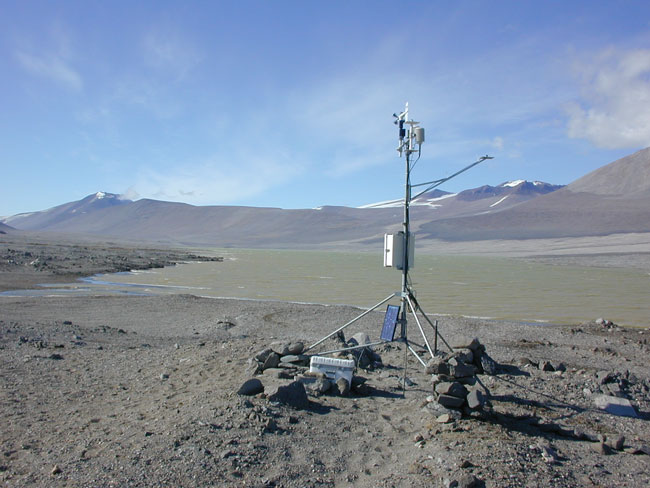 Explanation: A lake hidden beneath 19 meters of ice and gravel has been found near the bottom of the world that might contain an ecosystem completely separate from our own. In a modern version of Sir Arthur Conan Doyle's classic book Lost World, NASA funded scientists are now plotting a mission to drill down into the lake and remove a sample of water from the lake for analysis. Lake Vida, buried under Antarctic ice for over 2,500 years, is liquid only because of a high salt content that results from salt being expelled from water above as it turns to ice. Previously, scientists drilled to within a few meters of the lake and indeed found frozen microbes. Their existence bolsters speculation that similar microorganisms could be found in frozen brine beneath the surface of Mars. If living organisms are found in Lake Vida, they may give an indication that life might even still exist under similar frozen ice-sheets, such as under the larger Lake Vostok, parts of Mars, and even moons of Jupiter such as Europa. Pictured above, a robot meteorological station continues to monitor surface conditions over the ice-sealed lake.