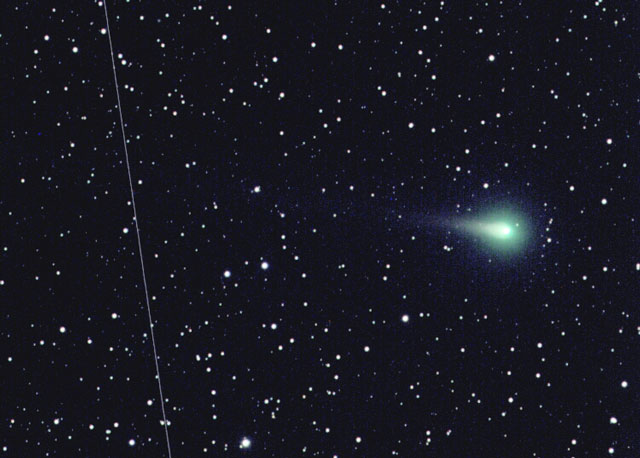 Explanation: A newly discovered comet may outshine most stars in the sky by May. Designated Comet C/2002 T7 (LINEAR), the comet was discovered in 2002 October by project LINEAR. Many reports already place the comet as brighter than magnitude 7, meaning that it can now be seen with binoculars. Reports also indicate the comet already has a visible tail nearly the length of a full Moon. Since predicting the future brightness of comets is a very tricky business, there remains the possibility that T7 might never become visible to the unaided eye. Alternatively, another comet, C/2001 Q4 (NEAT), may also reach naked eye visibility at nearly the same time, making 2004 April and May two of the busiest bright-comet months in centuries. Comet T7 can be seen on the above right on January 20, while an airplane trail is visible on the left.