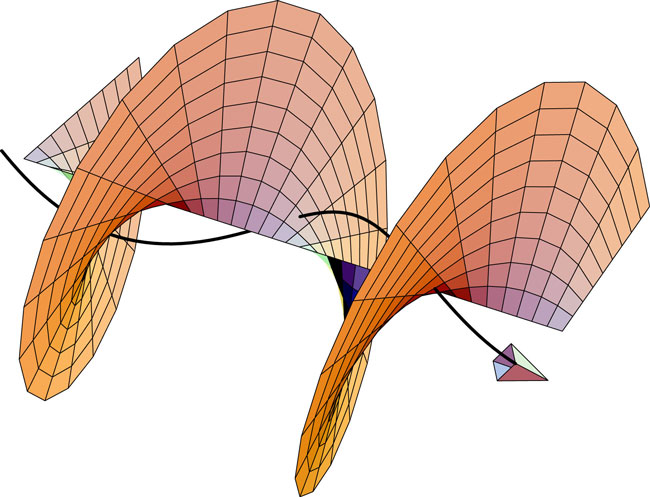 Explanation: Light is more complicated than we thought. When astronomers measure light, they are usually concerned with its direction, energy, and spin polarization (sometimes). Recently, however, it has been more broadly realized that photons can also have orbital angular momentum (OAM), an attribute classically analogous to the Earth orbiting the Sun as well as spinning on its axis. Pictured above, the wave-front of a photon with OAM is shown to be twisted, in contrast to the flat plane of zero OAM light. Light with OAM might be used to increase the information content of communication or to discern specific types of astronomical sources. Passing through a common lens, light without OAM focuses to a point, whereas light with OAM focuses to a ring. Most light bouncing around the cosmos, however, is expected to have so little (or zero) OAM that the created ring is too small to measure. Even given other promising methods for measurement, exploiting OAM for astronomical discovery might be as much an issue of observational practicality as theoretical possibility.