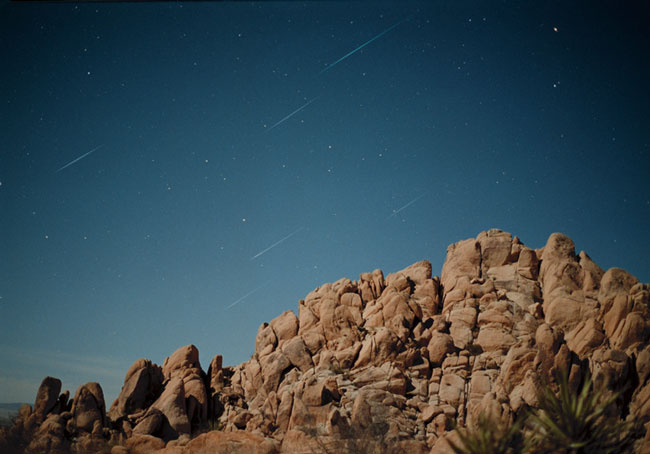 Explanation: One year ago today an impressive meteor shower graced the skies of Earth. Pictured above from last year, at least six bright meteors are visible in only part of the sky above Indian Cove campground in California, USA, during a four-minute exposure. The 2002 Leonids packed a double punch with planet Earth plunging through two dense clouds of meteroids, dusty debris left by the passage of Comet Tempel-Tuttle. This year, unfortunately, the main peak of the Leonids Meteor Shower is not expected to be so impressive, with the Earth passing though parts of meteoroid clouds predicted to be much less dense. The main peak of the 2003 Leonids is predicted for tomorrow where some locations might see a bright meteor every minute.